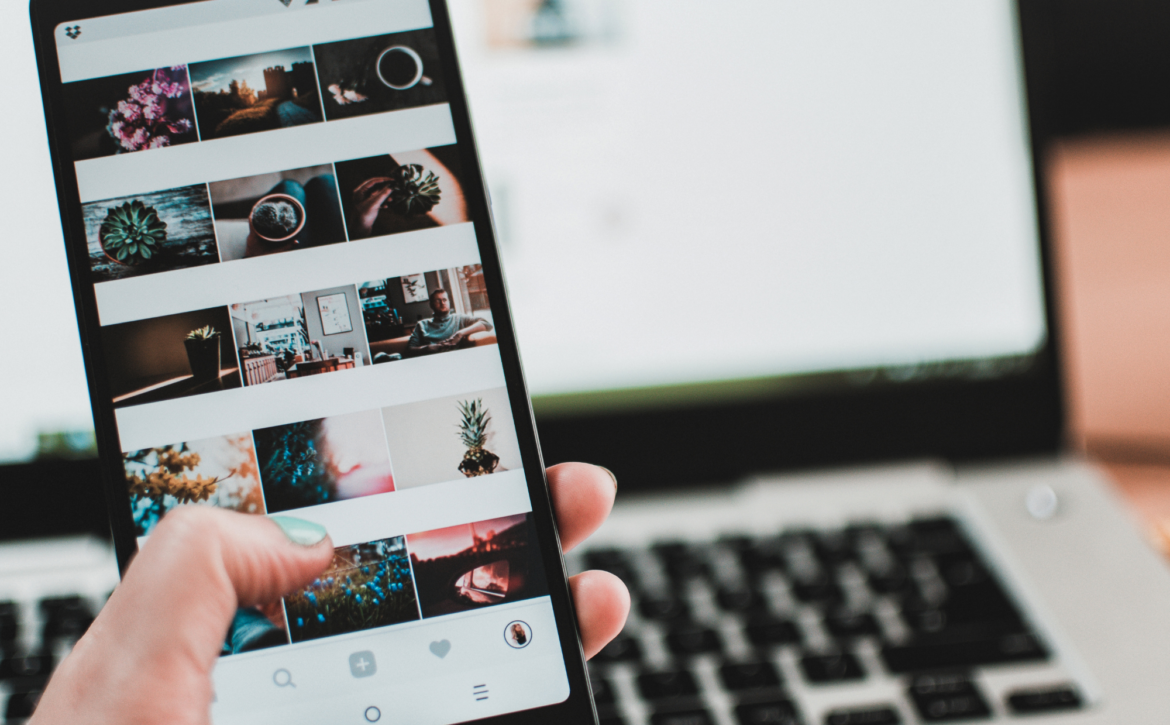 Do you have communications skills that you would like to use for a good cause?

Would you like to get involved in a community organization?

Do you dream of joining a warm and caring team?

As part of a maternity leave replacement, Parkinson Montreal-Laval is looking for a Communications Manager to promote its services and activities to its various audiences.

Information about the organization

Parkinson Montreal-Laval (PML) is a charitable organization whose mission is to improve the well-being of people living with Parkinson’s disease and their loved ones by offering support, information and training services.

Under the supervision of the PML Coordinator, the Communications Manager’s primary duties will include:

Please send your resume and a letter of motivation to Janie Guénette, Coordinator, by email to [email protected] before January 28, 2022. Interviews will be held the week of January 31, 2022. 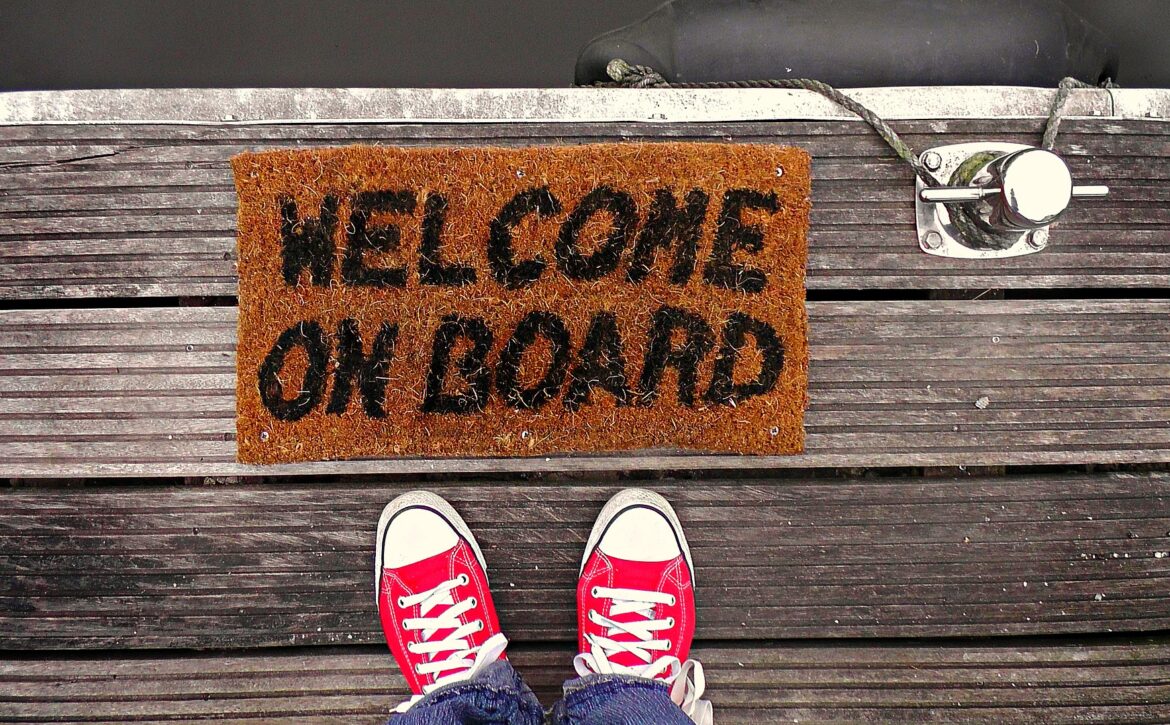 Our team is growing: welcome to Marie!

The Parkinson Montreal-Laval team is very pleased to welcome Marie Corbeil as a caregiver advisor.

Dynamic and committed, Marie joins the team with a great experience in the field of health and research and a great motivation to best meet the needs of caregivers.

In order to get to know her, Marie agreed to answer a few questions.

First of all, could you introduce yourself?

Before joining the Parkinson Montreal-Laval team, I worked in research for the Réseau Parkinson Québec, from 2016 to 2021. Prior to that, I worked with Dr. Ronald Postuma at the McGill University Health Centre for a few years. I recruited, met and assessed research participants (patients and caregivers) for our Data Bank. In the past, I have also been a teacher and life coach.

Why did you want to join the Parkinson Montreal-Laval team?

Over the past few years, I realized that it was the contact with people that it was the most important for me. Being in a clinic only one day a week, it was not enough to meet my needs. I therefore decided to join the Parkinson Montreal-Laval team as a caregiver advisor in order to focus on human interaction.

What does your job as a caregiver advisor involve?

I am there to inform, document and refer caregivers according to their needs. I offer individual support sessions as well as post-diagnosis sessions for people living with Parkinson’s and their families. I also participate, with my team, in the organization of conferences and/or events for Parkinson Montreal-Laval. It is with great enthusiasm and motivation that I join this great team. I look forward to meeting you. 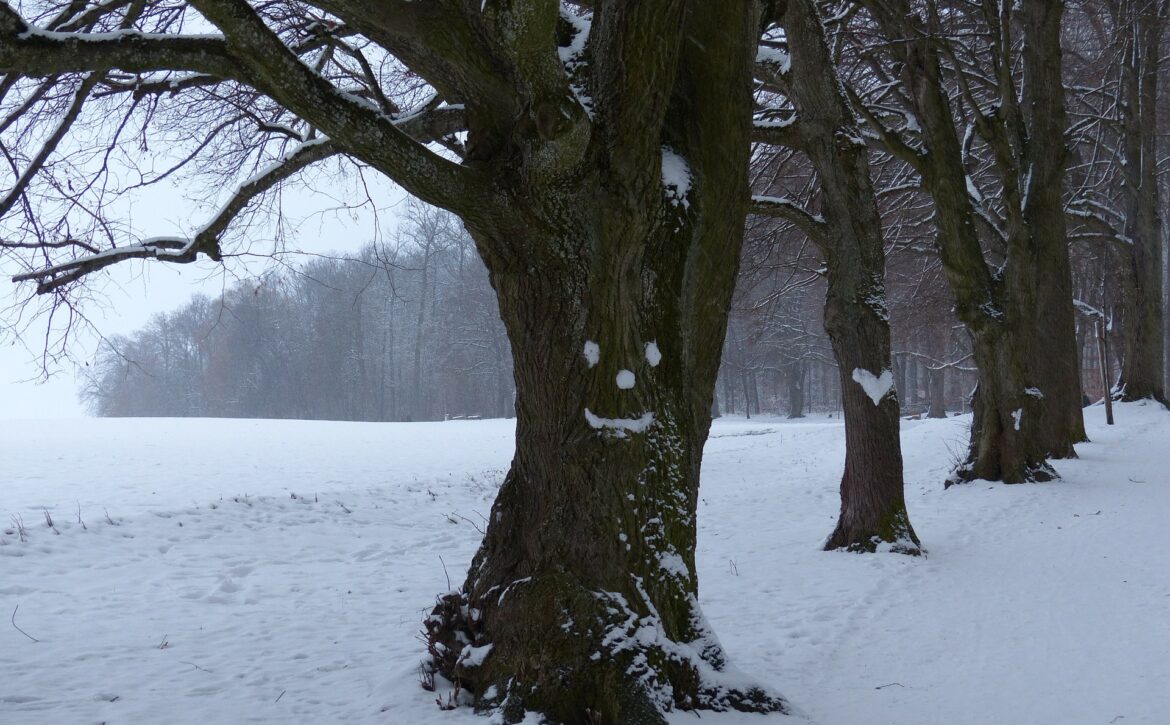 The countdown to the holidays has begun and for the occasion, the Parkinson’s Montreal-Laval team is pleased to offer you its XMAS calendar.

Every day, visit our website or our social networks to discover a new box that will reveal stories, useful information and many other surprises!

With this XMAS calendar, we would like to end the year with a smile and say a BIG THANK YOU to all of you because you made this year rhyme with generosity and solidarity!

Happy holidays to all! 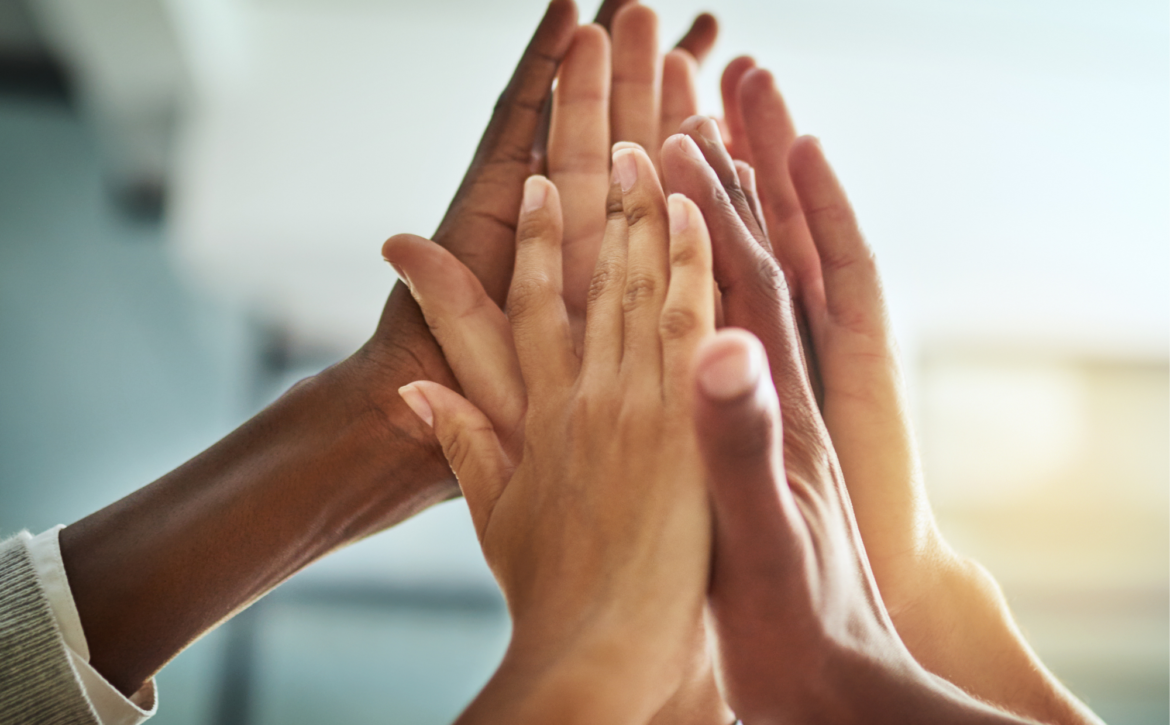 Parkinson’s Journey: a marathon of donations!

What a journey we have made since the Parkinson’s Journey was launched last June! The finish line has been successfully crossed!

The participants and donors showed great energy and endurance. Thanks to their involvement, the Parcours Parkinson allowed Parkinson Montréal-Laval to collect $24,104 in donations.

While this year again we had to adapt to the health context, the Journey was above all marked by ambitious challenges, moments of conviviality and great generosity.

Donations that move the cause forward

Thanks to the donations received, Parkinson Montreal-Laval can continue to offer a range of activities to provide people living with the disease and their loved ones with the services, advice and support they need.

These services and activities include the Info-Reference line, self-help groups, support groups, Practice Your Voice workshops and many others.

The entire team of Parkinson Montreal-Laval warmly thanks all the participants and donors.

Behind these figures, there are also and above all committed people. This year, no less than 13 teams were created to participate in the Journey.

Among these teams, there is, for example, the one of Claudie Séguin who set herself an ambitious goal to raise awareness among her loved ones and her community about Parkinson’s disease, which has been part of her family’s daily life for several years. But for Claudie, it was also an opportunity to take up a personal challenge and to go beyond her limits. Indeed, after several months of preparation (and despite a few unforeseen circumstances), Claudie completed a 25-kilometre run, followed by a 5-kilometre walk with her father, who lives with Parkinson’s disease, on October 19. Her motivation, commitment and perseverance allowed Claudie to raise $3,020! With this run and walk with her father, Claudie reminded us of the importance of physical activity to better live with Parkinson’s disease.

And this year, some teams even went beyond the borders of Quebec! Sharon Brissette, administrator of Parkinson Montreal-Laval, also successfully mobilized her community with her team and her challenge in Victoria, Ontario. On September 19th, in a warm and friendly atmosphere, participants took part in a 5-kilometre walk to promote physical activity and raise funds to provide adapted services to Canadians affected by Parkinson’s disease. In total, about 60 people participated in the event and raised over $4,500.

The Parkinson Montreal-Laval team was mobilized throughout the Journey to support you. On September 12th, the team proposed a Facebook Live to warm up and motivate each other. More than 400 people were in front of their screen.

With these great results, the team is more motivated than ever and looks forward to seeing you next year for a new Parkinson’s Journey. 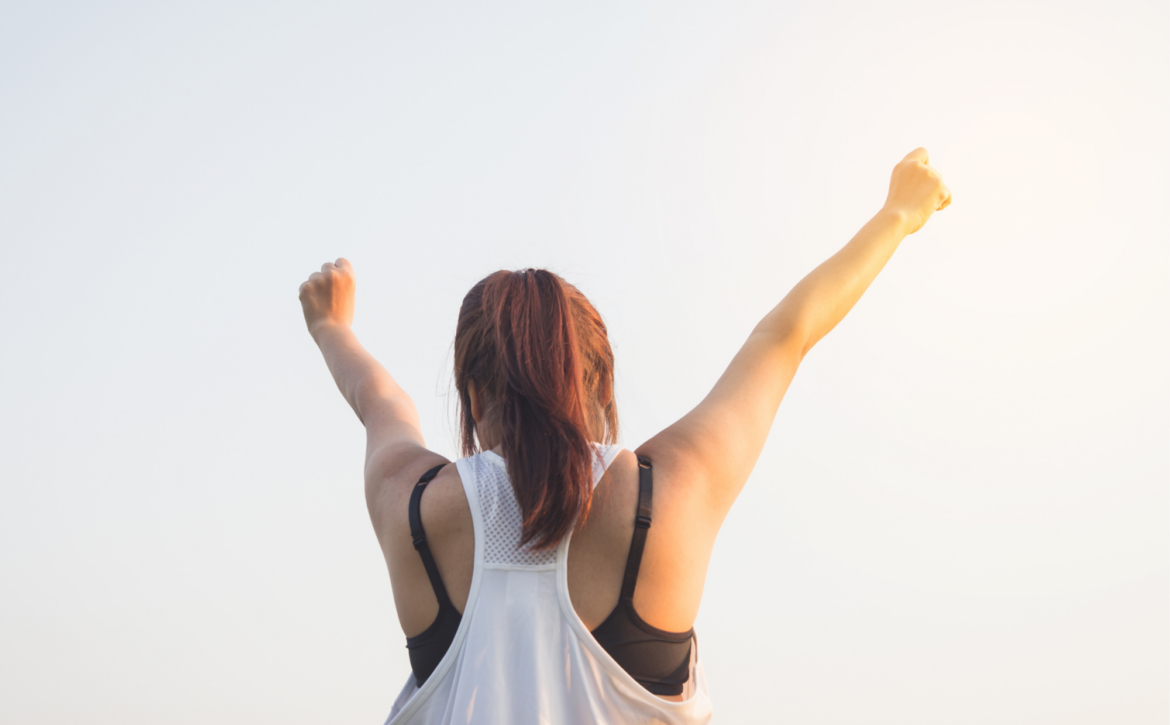 Congratulations to Claudie Séguin who has successfully met the challenge she set herself as part of the Parkinson’s Journey 2021!

After several months of preparation (and despite a few unforeseen difficulties), Claudie completed a 25-kilometer run, followed by a 5-kilometer walk with her father who lives with Parkinson’s disease.

Her motivation, commitment and determination enabled Claudie to raise $2,910!

Claudie’s goal with this challenge was to raise awareness among her family and community about Parkinson’s disease, which has been a part of her family’s daily life for several years. But it was also an opportunity to take up a personal challenge and to go beyond her limits. With this run and walk with her dad, Claudie underlined the importance of physical activity to better live with Parkinson’s disease.

The entire team of Parkinson Montreal-Laval warmly thanks Claudie for her participation in the Parcours and was delighted to support her! 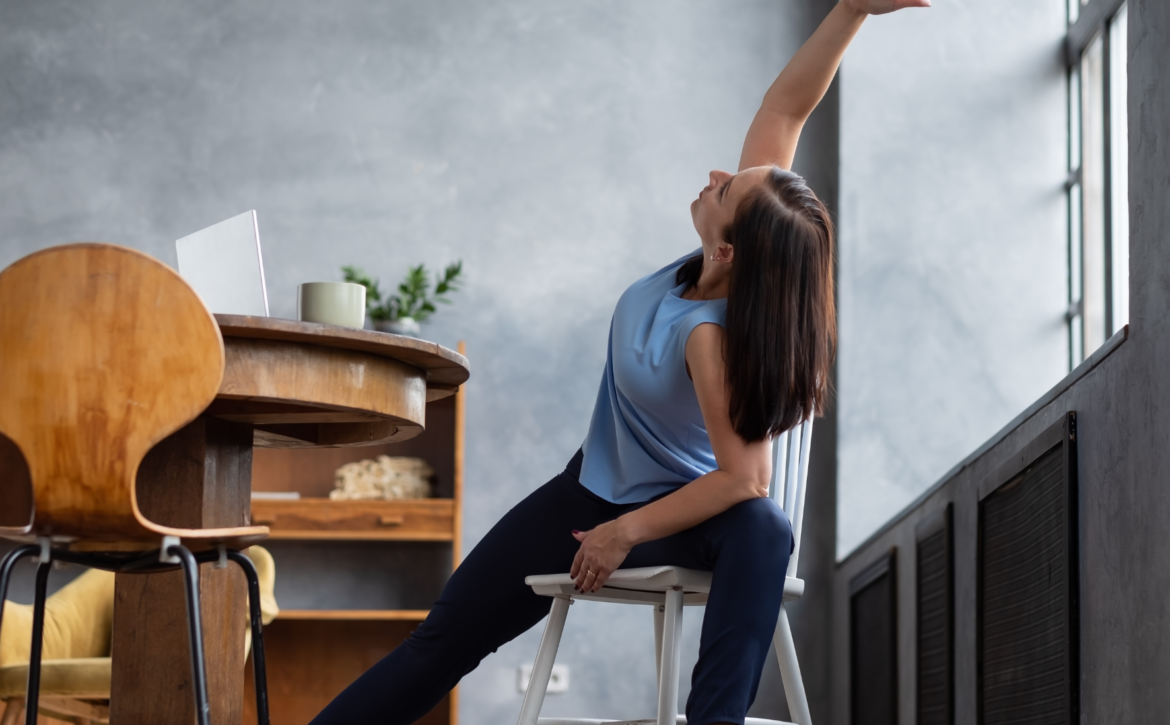 New service – Sign up for meditation and chair yoga workshops

To start the year off right, Parkinson Montreal-Laval is pleased to offer a new series of 5 meditation and chair yoga workshops starting September 13.

Participants will become aware of their bodies, in movement and at rest, and of their mental activity in order to develop more presence and to equip themselves for greater physical well-being, inner calm and mental clarity.

Level: Therapeutic approach open to all

About Marie-Pier Leclerc, Teacher and trainer | Yoga, meditation and dance | Classical and therapeutic approaches
Passionate about human beings, Marie-Pier coaches and guides people from all walks of life to develop healthy physical, mental and emotional habits. With her boundless and sparkling energy, she has been creating, for more than 10 years now, spaces of communion where each and everyone can touch their uniqueness and develop in a lasting way the confidence that we carry within us everything we need to achieve our full potential and happiness.

Recent diagnosis – Individualized meeting for diagnosed persons and their relatives

Where? By phone or video conference

When is it? By appointment 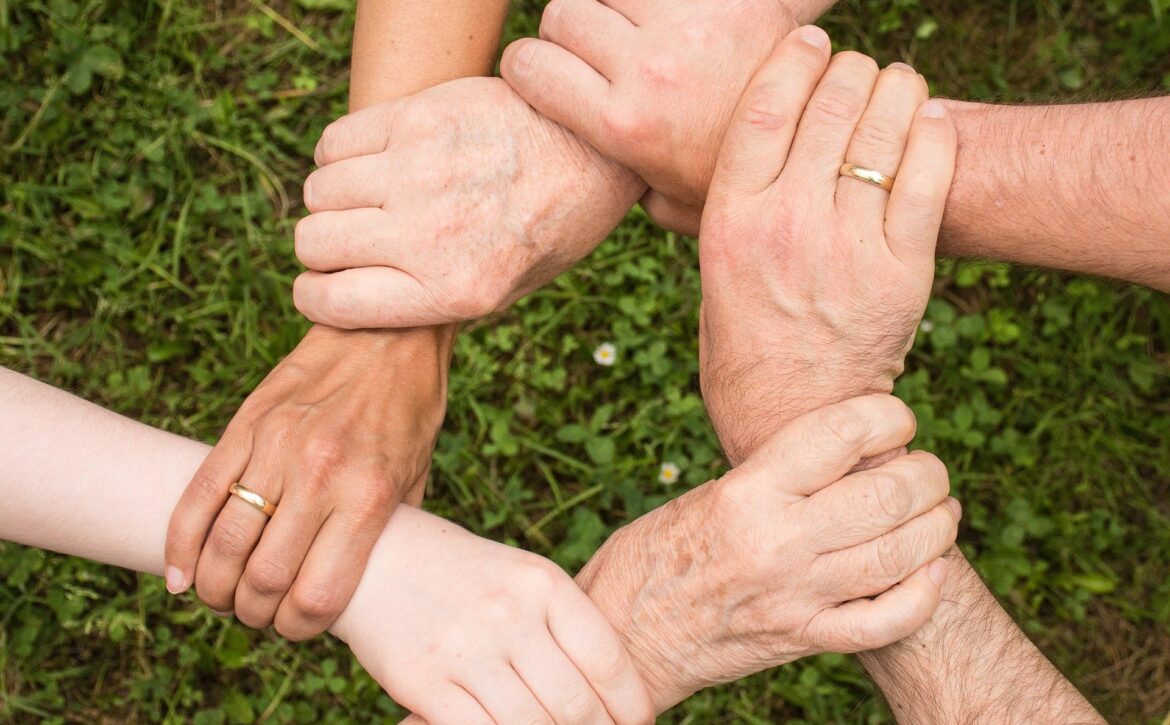 Information about the organization

Parkinson Montreal-Laval (PML) is a charitable organization whose mission is to improve the well-being of people living with Parkinson’s disease and their loved ones by offering support, information and training services.

The caregiver advisor for people living with Parkinson’s disease will be the resource person for this target clientele within the organization. The person will offer guidance, psycho-social support, information, training and referral to available services and resources.

Under the supervision of the PML Coordinator, the Caregiver Advisor’s principal duties will include:

Please send your resume and a letter of motivation to Janie Guénette, Coordinator, by email at [email protected]. 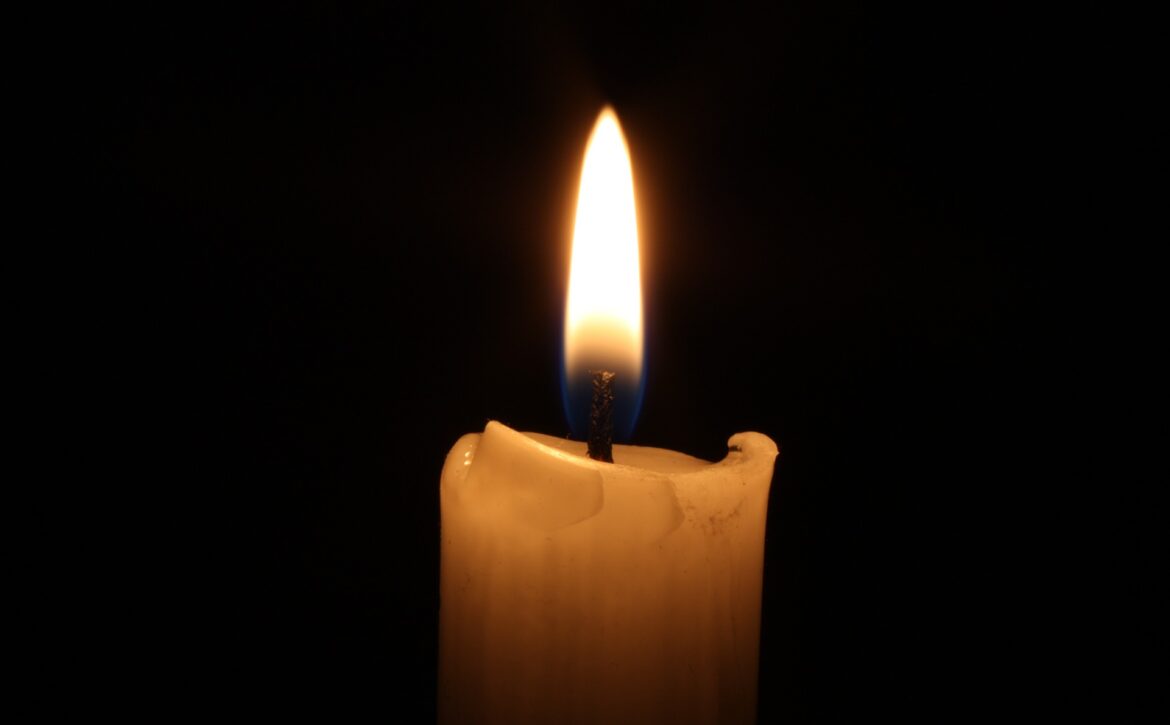 It is with deep sorrow that the Parkinson Montreal-Laval team was informed of the death of Carmen Fortin, an exceptional volunteer who was involved in the community for many years. Our thoughts are with her family and friends.

Carmen Fortin had been living with Parkinson’s disease for many years. Very active, her life reflects the power of action.

After her diagnosis, Carmen quickly became involved in the Parkinson’s Montreal-Laval community. A qualified teacher, she wanted to share her experience with as many people as possible by creating a support group in her area and then becoming a “coach” for new support group leaders.

Driven by a sense of urgency and a desire to respond to the needs of people living with the disease, she gave a lot of her time and was able to mobilize her entourage.

Beyond her volunteer role, Carmen was a brave, dedicated and positive person.

It is with a lot of affection that Parkinson Montreal-Laval will remember Carmen. 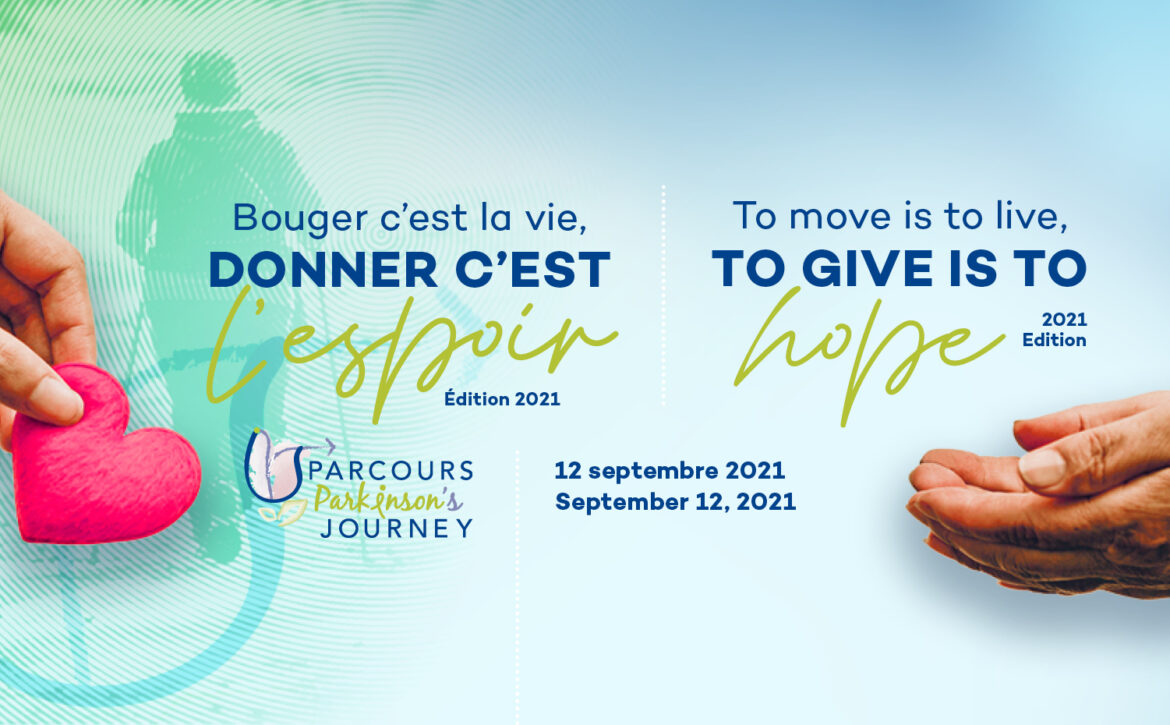 Let’s go for the Parkinson’s Journey!

Ready, Set, Go! The Parkinson’s Journey, the most important fundraising campaign in the province, is back. From now until September 30, you can participate and help us reach our goal of $20,000 in donations for the Montreal-Laval region.

I WANT TO PARTICIPATE

This year’s theme is To move is to live, to give is to hope. The objective of the journey is to invite participants to take part in a walk to promote physical activity and to raise the funds necessary to offer adapted services to people affected by the disease.

For this occasion Parkinson Montreal-Laval will offer a Facebook Live on September 12th for an online warm-up session.

Moving for a good cause

To participate in the Parkinson’s Journey, you have several options:

1. Take on a personal challenge, alone or in a team

Participants of the Parkinson Journey 2020

2. Join our Facebook Live event on September 12 by registering online

I MAKE A DONATION

A major campaign for Montreal-Laval

By joining the Parcours Parkinson Montréal-Laval, you allow us to offer local services in our community. Donations are essential to consolidate and develop our services, such as the Info-reference telephone line, post-diagnosis meetings, self-help and support groups, physical activity classes, twinning and many other activities offered throughout the year.

In the Greater Montreal area, 10,000 people are living with the disease and 40,000 people are affected when caregivers are included. Statistics show that the number of cases will double by 2031. This is why we want to redouble our efforts!